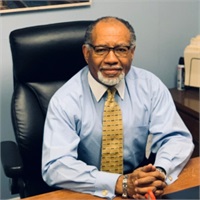 Bernard is the senior agent who helped start the agency from the ground floor in 1998 with David Hayes. He was trained Via Nationwide's Agent School in Columbus Ohio, He is P&C licensed as well as Life License through NW Financial Network. He has represented the agency numerous times (4) at the Life University in Columbus, an honor given to the top 10% of the life agents in the company. He received the Top Life Award among the Southern States in 2008. He has had the opportunity to assist in training many agents/staff at the agency. Bernard has been insured with NW for 40 years, so he practices what he teaches! He is a BELIEVER, A BORN AGAIN CHRISTIAN who practices & believes in the GOLDEN RULE.